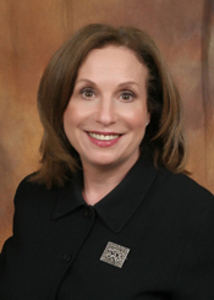 Currently, Deborah serves as the Vice Chair of AILA’s Media Advocacy Committee and on AILA’s Labor Liaison Committees. As an advocate for positive immigration reform, Deborah Notkin has appeared on many television and radio programs and has addressed many religious and business organizations. She remains a resource and occasional commentator for MSNBC, CNBC and Fox News regarding immigration legislation and related issues.

A noted expert in business immigration she has been a lecturer for the past 13 years at the Practicing Law Institute’s (PLI) annual Immigration Law Institute, PLI’s Basics Seminar, the New York State Bar Association’s bi-annual immigration seminar and AILA’s Annual and regional conferences. She has also been a presenter at many different venues including the American Council of International Personnel (ACIP), the Pacific Chapter and New York Chapter of the US Mexico Chamber of Commerce and the Global Independence Organization.

Ms. Notkin was an Editor in Chief of the recent AILA publication, “The Essential Workers Handbook” and an Associate Editor of the latest edition of the “David Stanton Handbook on PERM”. Her numerous articles on many facets of business immigration have been cited frequently in treatises on immigration.