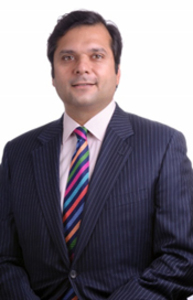 Focusing on employment immigration and family immigration law since his legal career began in 1997, Emre Ozgu has developed an outstanding reputation in the legal community. As a partner at BMK LLP, Mr. Ozgu adds to our firm’s extensive immigration law experience.

Mr. Ozgu was born in Bethlehem, Pennsylvania.  He received his B.A. from Lehigh University in 1994 and his J.D. from New York Law School in 1997.  A member of the American Immigration Lawyers Association (AILA) since 1998, Mr. Ozgu has served on the AILA National Immigrant Investor (EB-5) Committee, the AILA New York Chapter Corporate Practice Committee, and the AILA District Director Liaison Committee. Fluent in Turkish, Mr. Ozgu is also a member of the Turkish American Chamber of Commerce & Industry and the Turkish American Business Forum. Mr. Ozgu is admitted to practice in New York, New Jersey, and the U.S. District Court for the Eastern and Southern Districts of New York.