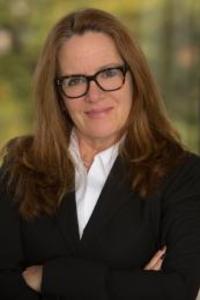 Anna Marie Gallagher is a Shareholder at Maggio + Kattar and the head of the immigration litigation practice.

Anna has practiced immigration, refugee and human rights law for close to three decades in the United States, Central America and Europe. Her experience includes private practice, legal advocacy in the nonprofit sector and several years in academia. Anna represents individuals in matters before the U.S. immigration agencies, immigration courts, the Board of Immigration Appeals and the federal courts. She also represents businesses charged by Immigration and Customs Enforcement (ICE) and the Department of Justice Office of Special Counsel for violations of employment eligibility requirements (I-9 violations) under the Immigration and Nationality Act.

As a result of her diverse background, Anna is adept at devising creative and effective strategies on behalf of her clients facing particularly complex issues. She is known for her ability to obtain positive results in seemingly unwinnable matters. Anna is a fierce advocate for her clients and is particularly sensitive to those clients who have faced significant injustices in their lives.

Anna is a frequent speaker at national and international immigration conferences and is the author of several publications, including Thomson West's Immigration Law Treatise 2d and the American Immigration Lawyers Association book on Private Bills and Pardons in Immigration. She also publishes regular articles on removal defense, immigration trial court practice, naturalization and ethics. Anna has been named as a Best Laywer and Super Lawyer in her field during the past several years.

Anna practices exclusively in the area of immigration and nationality law and is admitted to practice in Washington, D.C.