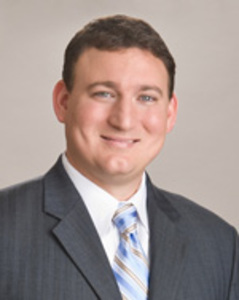 Rusten C. Hurd is a founding shareholder at Colombo & Hurd, PL, a law firm dedicated to assisting foreign nationals, investors and businesses achieve their immigration goals. Mr. Hurd has extensive experience representing clients from throughout the world with all types of business-based temporary and permanent immigration status, including Intracompany Transferees (L-1), Treaty traders and investors (E-1/E-2), specialty occupations (H-1B & TN), labor certifications, aliens of extraordinary ability as well as internationally recognized athletes and entertainers. Mr. Hurd also serves as a counselor to foreign nationals and prospective entrepreneurs interested in obtaining lawful permanent residence in the United States through investment via the EB-5 Visa.

As a result of his quality legal service, Mr. Hurd has been awarded an AV rating by the Martindale-Hubbell Law Directory. An AV rating is the highest such rating available to any single lawyer for skill and integrity and the rating is reserved for attorneys designated as outstanding in their field. Mr. Hurd has also received a “superb” 10.0 rating from AVVO lawyers rating service.

Over the years, Mr. Hurd has also filed innumerable applications for spouses, fiancés and family members of US citizens in dozens of countries around the world and has dealt with a variety of issues arising at consular posts. Mr. Hurd also frequently represents clients at the Orlando, Jacksonville and Tampa USCIS offices in connection with the adjustment of status and other immigration benefits. In addition to his law practice, Mr. Hurd has served as Guardian ad Litem for troubled children and was recognized by the Legal Aid Society of Orange County for his service and contributions. He has also served as an Employment Counselor through the Jobs Partnership of Florida. Mr. Hurd is the father of three boys ages 14, 12 and 9. He is an avid fan of the beautiful game (futbol) as well as Gator sports, Broadway Musicals and traveling the world.