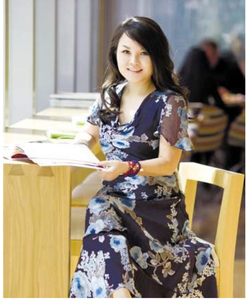 Wailian Overseas Consulting Group (“Wailian”), a leading migration agency in China specializing in providing consulting service for individuals interested in investing in and emigrating to foreign countries, including Australia, Canada, The United States, The United Kingdom, Spain, and Malaysia, among others. Wailian has over 300 employees worldwide, and has offices in Beijing, Shanghai, Guangdong, Jiangsu, Zhejiang, Shandong, Heilongjiang, Los Angeles, New York, Vancouver, Singapore, Sydney, Hong Kong, and other major cities around the world.

Wailian has worked with multiple EB-5 regional centers and developers, which has helped raise billions of dollars, and helped create thousands of employment opportunities for U.S. workers over the years. Most recently Wailian assisted in providing funding for New York City’s Hudson Yards Project, with Wailian investors committing $400 million to $500 million of capital contributions annually for a two to three-year period. Wailian clients have also invested in other dozens of notable projects.