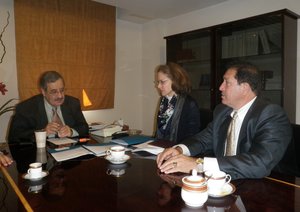 Ms. Kassouf has 25 years of experience in the health care, insurance and financial service sectors, serving in different capacities including that of a securities lawyer, investment banker, business development officer at an operating company and investor. Cedar has been active in the areas of business development, mergers and acquisitions and assisting with capital raises for growing companies. From 1993-2001 Ms. Kassouf initiated and ran Cedar Equities, the venture capital subsidiary of Western Indemnity Insurance Company, an insurance entity in Texas. While at Western Indemnity/Healthcare Insurance Services, she also generated 45+ new accounts, including 7 of the top 70 accounts, $33 Million in Premiums (Approximate), $3.3 Million in Commissions (approximate) for this provider of medical malpractice insurance.

Prior to that, she Initiated and spearheaded the healthcare investment banking unit in the Southwest for Chemical Banking Corporation, (now Banc One and JP Morgan Chase) and built up the unit to where it ranked 3rd in state of Texas for hospital debt financings (1989-1990) generating $4-$5 million in fee income with 20+ new accounts. She was a significant deal team member on two health care leveraged buyouts while at Chemical Banking Corporation, including 1989 AMI buyout using $1.6 billion financing.

Ms. Kassouf is a member, New York and Texas Bar Associations, an advisory board member for one of the Cancer Research projects at Emory University, a member of the New York and Texas Bar Associations, prior member of the National Venture Capital Association  and the Birmingham Venture Club and was a founding advisory board member for Women Business Leaders, US Healthcare Industry Foundation, a Washington, D.C. a group comprised of senior healthcare executives across the country and overseas. She has also been a member of Leadership Health Care in Nashville.

She is currently a member of the Alley to the Valley, www.alleytothevalley.com, a network of influential deal making women.

Ms. Kassouf has served as a board member for Create Your Dreams, a program for at risk youth in Atlanta and is a current board member of an international organization, ATFL,www.atfl.org and has traveled to the Middle East and met with governmental officials there.