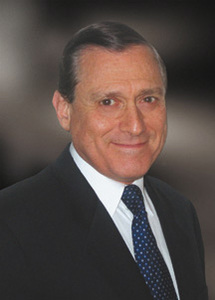 Allen Kaye is one of the more than 7,000 immigration attorneys in United States. Before choosing Allen Kaye as your immigration attorney, you should consider whether Allen Kaye is a member of American Immigration Lawyers Association (AILA), how much he or she charges for the services, if there is any hidden attorney fee, what's the fee schedule, whether he or she has good community reputation and is able to provide a list of good references. You can also contact the Board of Professional Responsibility of the state bar, to find out if Allen Kaye has ever been placed under any disciplinary actions. If there is any such disciplinary action, avoid using his or her services. Please be aware that, though Allen Kaye's office is located at New York, NY, he or she might belong to the bar association of other states.

Focus of Lawyer's Practice and Years Practice are also very important factors in your evaluation process. The more focused the lawyer's practice areas, the better service he or she could provide. Length of practice, however, can be both positive and negative for an immigration attorney. So do not make decisions solely on one or two factors. Allen Kaye has been admitted in 1965, New York. His or her practice areas include Immigration.