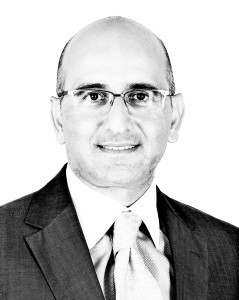 Mehron P. Azarmehr has been practicing law in Texas since 1992. He first served as an Assistant Attorney General with the Texas Attorney General’s office in Austin, Texas; then from 1996 to 1998, he practiced immigration law at Gardere & Wynne, L.L.P. in Dallas, Texas.

In 1999, he founded Azarmehr & Associates, P.C., an exclusively immigration-based practice. The law firm has offices in Austin and affiliate offices in San Antonio, Texas, Monterrey, Mexico and London.

Mehron P. Azarmehr obtained a Bachelor of Arts and a Master of Science in Economics from the University of North Texas. After his master’s degree, he worked at the World Bank in Washington, D.C.

Later, he attended St. Mary’s University School of Law and the University of Texas Law School. During law school, he served at the Texas Supreme Court as briefing intern.

Mr. Azarmehr is admitted to practice in Texas and before the U.S. Court of Appeals, Fifth Circuit, and the U.S. District Court, Eastern, Northern, and Western Districts of Texas.