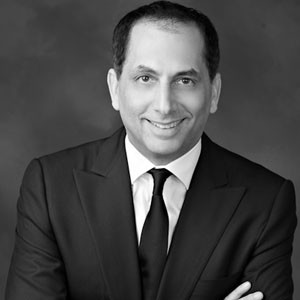 Scott D. Greenberg, President of ECD Company (age: 57): Scott D. Greenberg is a real estate developer who conceived, built and currently operates various award-winning hospitality, retail and mixed-use developments. Mr. Greenberg has created many landmark properties, including theWit Hotel, a Doubletree by Hilton® franchised property in Chicago’s Loop and Theater District, which also features ROOF, “one of the top three rooftop lounges in the world” (Travel+Leisure), as well as CityPark and its Viper Alley live entertainment and private event facility. Currently, Mr. Greenberg has under construction an innovative 195-room Marriott Autograph Hotel® located in downtown Chicago, Illinois, one and a half blocks east of Chicago’s Magnificent Mile, which included the successful raise of $20 million from 40 EB-5 investors as part of its capital stack, and which is expected to open in April 2017. This innovative new hotel is located within 30 feet of the Fairfield Inn & Suites Chicago Downtown/Magnificent Mile®, a Marriott franchised hotel in downtown Chicago, which is another innovative hotel conceived, built and currently operated by an affiliate of the Project Company.

Mr. Greenberg’s background spans 30 years in various aspects of low and high rise construction, land development and financing. With a transaction history totaling more than $850 million, Mr. Greenberg has been directly involved in the ownership and operation of for-sale residential, rental apartments, industrial, retail, office and hospitality properties. His experience includes the acquisition, repositioning and operations of six apartment communities containing in excess of 1,800 rental units.

Mr. Greenberg earned “Developer of the Year” award by Hilton for theWit Hotel in Chicago’s downtown Loop, which continues to receive acclaim, including from “Top 5 Hotels with top notch Technology” (Forbes), “World’s Best Hotel” (Travel+Leisure) and “Best New Business Hotel” (Wallpaper) to “Model’s Choice Hotel” (Elle) and one of the “Top 10 Party Hotels in the World” (MSNBC).

The Regional Center, GO EB5 RC Regional Center, LLC was approved as a regional center by USCIS on May 21, 2015, and is currently approved for a geographic area that includes the following counties within State of Illinois: Cook, DuPage, Lake and Will (the “RC Economic Zone”).