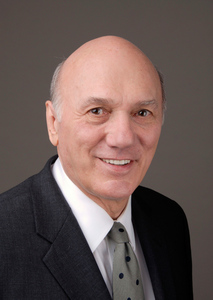 Mr. Olsen is the Co-Founder and Managing Principal of NYCRC. He has been a real estate attorney in New York City for over 25 years and  has represented real estate developers in all aspects of the development process. This representation includes: economic feasibility, land use review, negotiating property acquisition, drafting of partnership and operating agreements, and obtaining acquisition and construction financing. Mr. Olsen also worked at several prominent New York City law firms and as in-house counsel to a real estate holding company, where he was responsible for all aspects of the firm’s $600 million dollar portfolio.

In addition to his law practice Mr. Olsen developed several properties in New York City, including the Atalanta at 25 North Moore Street in TriBeCa, formerly a 130,000 square foot refrigerated warehouse, as well as the development/conversion of three other manufacturing buildings in TriBeCa to residential condominiums.

Prior to becoming an attorney, Mr. Olsen worked as the Minority Business Representative in the Division of Contract Management of the Metropolitan Transportation Authority (MTA) where he developed a Minority Business Directory and assisted M/WBE’s negotiate and obtain contracts with the MTA’s larger contractors and vendors. Mr. Olsen has additional governmental experience with the Orange County (California) Planning Department, Research Division where he focused on using quantitative population forecasting techniques to assist development planning.

Mr. Olsen served on Manhattan’s Community Board One and was a community representative on the World Trade Center Community Advisory Committee. Mr. Olsen also served as President of the PS 234 PTA, from July 2001 through June 2003, and was instrumental in guiding the highly regarded school through the difficult aftermath of the events of September 11th. Mr. Olsen remains active in community affairs.

Mr. Olsen served with the United States Marine Corps from January 1967 to March 1970 and completed a tour of duty as an infantry platoon and company commander in Vietnam from November 1967 to December 1968. Mr. Olsen was honorably discharged at the rank of Captain.

Mr. Olsen was born and raised in Brooklyn, NY and currently resides in Manhattan with his family.