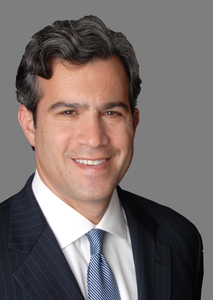 Mr. Levinsohn is the Co-Founder and Managing Principal of NYCRC. He is an attorney and businessman involved in numerous real estate and private equity transactions over the past 20 years. He owned, developed, and acted as counsel for real estate projects throughout the New York metropolitan area. Over the past ten years, Mr. Levinsohn has acquired and sold more than 200  commercial properties to public REITs and individuals. Mr. Levinsohn’s experience also includes negotiating and obtaining financing for a diverse range of real estate investments.

In addition to his background in real estate, Mr. Levinsohn has invested in and overseen a variety of private equity transactions. In 2004, he and other investors acquired and privatized one of the largest convenience store and gas station chains in the northeast. The company, previously listed on the American Stock Exchange, operates 290 stores in three states. In 2008, Mr. Levinsohn sold his position in the company. In late 2008, he purchased the assets of a New England-based nutritional supplement company, which sells its products nationwide to leading retailers such as Costco, Sam’s Club, Wal-Mart, and Walgreens. In 2015, Mr. Levinsohn sold the company's assets.

Mr. Levinsohn’s career also includes public service. In 2002, he was appointed Chief Counsel to the Governor of New Jersey. Under this post, Mr. Levinsohn oversaw legal operations for the Governor’s Office. From 1995 to 1997, he served as a law clerk for Judge Anne E. Thompson, U.S. District Court for the District of New Jersey. Prior to entering law school, Mr. Levinsohn was a charter corps member of Teach for America, a national teacher corps program that places teachers in rural and inner-city school districts. While participating in the program, he taught American History in a public high school in Warren County, North Carolina.

Mr. Levinsohn served a term as a member of the Duke University Board of Trustees.  He currently is a member of the Board of Directors of Selfhelp Community Services of New York City,a not-for-profit dedicated to maintaining the independence and dignity of seniors and at-risk populations through a spectrum of housing, home health care, and social services.  Mr. Levinsohn is also actively involved in The Jewish Foundation for the Righteous, an organization that provides financial support to more than 600 non-Jews who rescued Jews during the Holocaust.

Mr. Levinsohn resides in Manhattan with his family.