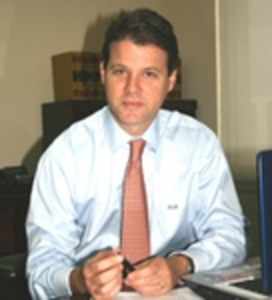 David J. Hart is the firm's founder. He is a member of the Florida and the New York bar, since 1990 and 1991 respectively. He is also a member of the American Immigration Lawyers Association since 1992. David Hart graduated from the University of Miami with a Bachelor of Arts in 1986, and from the University of Miami School of Law with a Juris Doctor in 1989. David’s expertise lies in all employment-based and investment-based petitions, including EB5 and regional center investments. David Hart was a featured speaker on immigration matters for the Immigration Alliance (1995-1998), Johannesburg, South Africa; Invited Speaker, Segundo Congreso Internacional de Formación de Futuros Profesionistas, ITESM, Monterrey N.L. Mexico (February 1998); Lorman Educational Conference, Miami (August, 1999); Conference speaker, Immigration Update, Monterrey N.L. Mexico (November 1999); Immigration Chat attorney for Starmedia (October 2000 - May 2002); Speaker, Barry University Conference on U.S. Immigration Law (December 2002). He is a Board Member of Downtown Miami Partnership (November 2002 to present). David has been a featured speaker on a Colombian national news television broadcast (RCN), and has been a regularly featured guest on LA W, a Spanish-language radio station which is heard in Colombia, Spain, Ecuador, and most of the United States. David has a weekly column on immigration issues and other topics related to the United States in the Colombian newspaper "El Pais".

David was born in Montréal, Canada, and immigrated to the United States in 1983. He has three children and has resided in Miami Beach, Florida since 1992. He is fluent in  English, Spanish, French, and Portuguese.