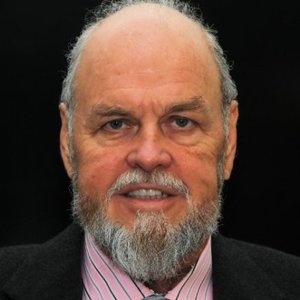 Michael A. Biller, ASID. CID was raised in the Hotel and Restaurant business in Las Vegas, Nevadawhere he gained extensive operations experience. In 1965 Mr. Biller moved to Southern California to attend the University of California at Los Angeles (UCLA) where he received degrees in Engineering and Psychology. Deciding to stay in Southern California, he entered the field of Design and Manufacturing of Hotel and Restaurant Interiors to put both his operations experience to work and his engineering degrees. As a principle of various design and manufacturing firms, Michael built and/or designed everything from the stainless steel kitchen equipment to the custom millwork. He was partnered with C.R. Broadstock who built and designed the first McDonald’s for Ray Kroc in Chicago. The list of projects in his early years is extensive including many fast food design innovations.

The largest fast food restaurant, a Burger King in the Lobby of the Sears Tower the World's largest building was to his credit. His project list includes over Seventy Hotels and more than Four Hundred Restaurants. The Anaheim Hilton Hotel & Towers (a one hundred eighty-six million dollar project with 1600 rooms) should have been a forty-two (42) month project however because of the LA Olympics it had to be completed in seventeen (17) months, it is still a record for a project its size. Michaels’ expertise is in the High-end area of the Resort Market. He has been responsible for the Public Areas, Suites and Condominium, Time-Share and Casitas buildings on the resorts listed, adding romance to these areas is his specialty. Mr. Biller has held contractors licenses in California, Nevada, and Arizona along with being a Professional Member of The American Society of Interior Designers (ASID), the National Kitchen and Bath Association (NKBA), The Door and Hardware Institute (DHI) and is a Certified Interior Designer (CID) #1928 in the State of California.  A list of his projects is available upon request.

Michael Biller is also president at The Michael Anthony Group. He has for over forty years designed, constructed, purchased, and managed high end luxury Hotels thurout the US