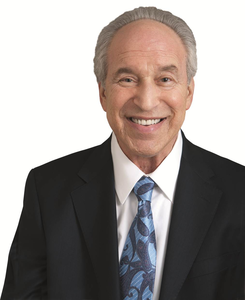 For more than 35 years, immigration attorney Mark Ivener has exclusively practiced immigration law. He has lectured on U.S. immigration law, visas and EB-5 investor Green Cards for organizations such as the World Trade Institute; the International, California and Los Angeles Bar Associations; the American Immigration Lawyers Association (AILA); and Immigration Lawyers on the Web (ILW.com). His books include Handbook of Immigration Law, Volumes I & II; Doing Business in the USA Under Free Trade; Get the Right Visa; A Complete Guide to Getting An American Visa (in Japanese); and Have You Thought About Immigrating to the US? (in Spanish). In addition, he has authored many articles for such publications as the International Law Journal, the Canadian-American Bar Association Newsletter and Business and the Law.

Mr. Ivener has lectured on EB-5 immigration law for the following organizations:

Publications
Mr. Ivener is a prolific author. His books on immigration law include:
In addition, Mr. Ivener has authored many articles for such publications as the International Law Journal, the Canadian-American Bar Association Newsletter, and Business and the Law.
Representative articles include:
Affiliations

EB-5 Immigration Advice On Due Diligence

Mark Ivener, of Ivener and Fullmer LLP, an immigration law firm based in Los Angeles, recently spoke with EB-5 Investment Report’s Aimee Rios about due diligence, its impact on the EB-5 industry and the questions that must be asked.