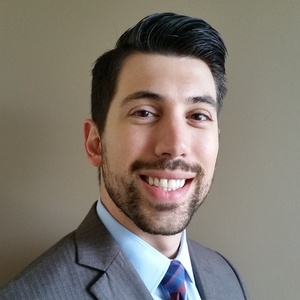 Salvatore “Sal” Picataggio has been an associate attorney at BESHARA, P.A. since December, 2011, practicing business and family immigration. He is a member of the Florida Bar, the Orange County Bar Association, and the Central Florida Chapter of the American Immigration Lawyers Association.

As a member of BESHARA P.A., Sal practices family and business immigration law. He has also taken a particular interest in the EB-5 Immigrant Investor Program.

Sal graduated from the University of Florida Levin College of Law in May, 2011. Sal’s studies included a diverse array of topics including intellectual property law, government law, and land use and environmental law. He also studied Business Immigration Law with Managing Partner of BESHARA, P.A., Edward Beshara. This class led him into the practice of Immigration Law.

At his time at the Levin College of Law, Sal was a member of the John Marshall Bar Association General Board as Director of Technology and Public Relations Direction. He was the Event Coordinator and a Student Ambassador for the Introduction to Law School and the Profession program. He was also the Vice President, Live Music Showcase Coordinator, and performer for the Music Law Conference.

During both his undergraduate and law school studies, Sal was an active member of Gainesville, Florida’s music scene as a drummer, band leader, and band manager.

“Your only opportunity to get rich in America”: Inside LA’s deceptively simple $50M EB-5 scam
April 10, 2017
Beshara P.A.
Securities Disclaimer