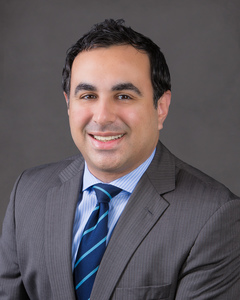 EB-5 Lawyer Michael A. Harris has served the field of immigration law since 2000. In addition to counseling small families to multinational companies with over 20,000 employees, Mr. Harris has been successful in substantial EB-5 matters.

He is based in Miami, Florida, and a Board Certified Immigration Lawyer. Board certification is unique, and means that the Florida Bar has determined that he is an expert in the field of Immigration & Nationality Law. This level of certification is not required to practice immigration law, but is granted to a select group of lawyers based on rigourous critera. Furhter, Mr. Harris is an AV Preeminent Peer Rated Lawyer, having earned this distinguished rating by Martindale-Hubbell, the top attorney rating entity. An AV Rating means a lawyer's has earned professional excellence; practiced law for many years, and is recognized for the highest levels of skill and integrity. Because immigration law is governed by national federal law, Mr. Harris can represent immigration clients around the United States and world.

Following his immersion into the field of immigration law, Mr. Harris received his Juris Doctor degree from the Nova Southeastern University College of Law in Ft. Lauderdale, Florida in 2007. Prior to earning his law degree, he earned his Bachelor’s Degree in Political Science and English from the University of Florida in Gainesville, Florida in 1999. As well, Mr. Harris studied Political Science for two years in the nation’s capital at The George Washington University in Washington, D.C. His studies in U.S. federal government and the American political system helped prepare Mr. Harris during the seven years he worked for highly distinguished immigration law firms where he was educated and trained by some of the country’s leading experts, authors and attorneys in the field of Immigration & Nationality Law.

Today, Mr. Harris is also recognized as a Florida Bar Board Certified Specialist in Immigration & Nationality Law. Among all attorneys eligible by the Florida Bar, currently only 6% are board certified specialists. This is the highest level of evaluation by The Florida Bar of the competency and experience of attorneys in an area of expertise. In fact, among over 96,000 attorneys currently licensed by the Bar, Mr. Harris is 1 of 78 attorneys (or less than 1%) who are board certified as experts in Immigration Law. Additionally, Mr. Harris also serves his client as a member of the legal team of Diaz Reus, a worldwide leading international law firm with offices in the United States, Latin America,  Europe, Middle East, Asia, as well as Dubai, Moscow, and Shanghai.

Board Certified Immigration Lawyer Michael A. Harris has had a dynamic career in the field of immigration law since 2000, in which he has been involved in all aspects of the law. From small families to multinational companies with over 20,000 employees, Mr. Harris has been successful in a wide variety of immigration matters.

The Exchange of a Condo for an EB-5 Visa: Important Warning to EB-5 Investors
December 18, 2018

Price: Free
Conversation about News & Events in the EB-5 Industry with Analysts, Experts and Newsmakers.   Questions can be made by calling: +1-917-421-9919 or by video here with a Chrome browser Topics to be discussed : EB-5 Weekly News Roundup M...

Price: Free
Conversation about News & Events in the EB-5 Industry with Analysts, Experts and Newsmakers.   Questions can be made by calling: +1-917-421-9919 or by video here with a Chrome browser EB-5 News Summary February & March 2017 from EB5Projec...