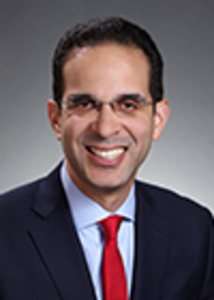 Angel Taveras focuses his practice on municipal restructuring, public finance, commercial litigation, pension litigation and public infrastructure. With over 14 years of experience in litigation, he is a licensed attorney in Massachusetts, New York and Rhode Island. His diverse litigation practice includes complex commercial matters, including matters arising under the Fair Credit Reporting Act, the Truth in Lending Act, the Real Estate Settlement Procedures Act, as well as bankruptcy litigation, zoning and land use, shareholder disputes, and election recounts and challenges.

From 2011 to 2015, Angel served as the Mayor of Providence, Rhode Island, where he led a city government with 5,700 employees and a budget of $678 million. He is credited with rescuing the city from the brink of bankruptcy and eliminating a $110 million structural deficit through landmark reforms to pensions, negotiated concessions in labor contracts and unprecedented assistance from tax-exempt institutions. Under his leadership, Providence was recognized with the All-America City Award from the National Civic League for its plan to boost third-grade reading proficiency, was the recipient of a $3 million award from the Carnegie Foundation to create innovative high schools, and received the City Livability Award at the U.S. Conference of Mayors in 2014.  In addition, Angel won Bloomberg Philanthropies' Mayors Challenge $5 million grand prize for his innovative proposal to improve the vocabularies of pre-school age children.

Angel Taveras is a shareholder at the international law firm Greenberg Traurig, LLP where he focuses his practice on municipal restructuring, public finance, commercial litigation, pension litigation and public infrastructure.  Prior to joining the firm, Taveras served as the 37th Mayor of Providence, RI from 2011-2015.

During his time as mayor, Taveras championed reform efforts in education, understanding that economic development begins with equal access to quality education. His efforts earned the city of Providence national recognition and more than $11 million in funding. Providence’s plan to boost vocabulary development for low-income children was selected as the $5 million grand-prize winner of the Bloomberg Philanthropies Mayors Challenge, from a field of more than 300 applications. That program, Providence Talks, is designed to close the thirty-million-word gap that exists between children of low- and high- income households. Using a prototype ‘word pedometer,’ it tracks the number of daily words used and conversation-turns between adult and child. Early evidence shows it is increasing the number of those exchanges. Taveras also launched other award-winning initiatives such as the bilingual tutoring program, Leyendo!, to increase literacy among ELL students; and his work to ensure every child is reading on grade level by the end of third grade captured Providence the title of All America City by the National Civic League. In recognition of his commitment to early childhood education, Providence also captured the 100 Best Communities for Young People, by America’s Promise Alliance.

Taveras is a child of immigrants from the Dominican Republic. He went from Head Start to Harvard via the Providence Public Schools, and attended Georgetown University Law Center to pursue his childhood dream of becoming a lawyer to help others.