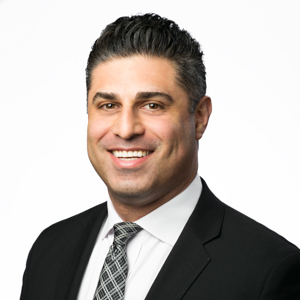 As the Managing Director of the North Texas EB-5 Regional Center, Abteen Manages the federally approved USCIS registered regional center responsible for raising funds through the EB-5 program for various commercial real estate projects for three public real estate companies with over $1.5 billion in assets under management. The North Texas EB-5 Regional Center is the federally approved regional center affiliated with Pillar Income Asset Management, the management arm of three public real estate companies: American Realty Investors (NYSE: ARL), Transcontinental Realty Investors (NYSE: TCI), Income Opportunity Realty Investors (AMEX: IOT). Abteen is the liaison between the real estate companies and the foreign investors and investor groups. Abteen is currently overseeing the raising of funds through foreign investors for several multifamily and boutique hotel projects in the cities of Farmer’s Branch and Dallas, Texas ranging from $15 million to $70 million. Abteen has also been entrusted with the government approval process and the raising of funds for a large $550 million Conference Resort in St. Thomas, U.S .Virgin Islands that consists of a Hyatt Hotel, a conference hotel, a Golf Course, and time share component on 112 acres of beach front land.

Abteen received a Bachelors of Science Degree in Computer Science from the University of Texas at Dallas and a Masters of Business Administration in Finance from Southern Methodist University’s Cox School of Business. Abteen was previously employed by Bonanza Capital: a hedge fund with $600 million in assets under management as a Research Analyst. Abteen was also employed at Precept Capital Management: a hedge fund with $130 million assets under management as a Research Analyst and Director of Research where he evaluated airlines, oil & gas E&Ps, tech companies, hospitality companies as well as many other sectors.