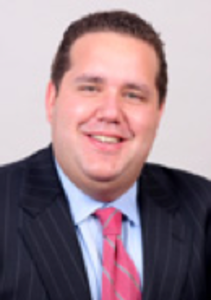 Greenberg Traurig, LLP is an international, full-service law firm with approximately 1800 attorneys serving clients from 34 offices in the United States, Latin America, Europe, the Middle East and Asia. In the U.S., the firm has more offices than any other among the Top 10 on The National Law Journal's 2012 NLJ 250.

John L. Mascialino heads the New York Government Law Practice at Greenberg Traurig. He focuses his practice on government affairs, government contracts and related real estate matters and administrative law. John counsels private and publicly owned companies on state and local regulatory, legal and policy matters. He counsels clients on strategic objectives and provides advice on regulatory matters that will enhance their business opportunities in the city and state of New York.

John spent several years working in the Giuliani Administration, serving as First Deputy Commissioner of the Department of Citywide Administrative Services (DCAS), where he was responsible for all procurement of city equipment and supplies and in charge of many city real estate assets. Prior to that, John was Counsel/Deputy Chief of Staff for the Office of the Deputy Mayor for Operations, where he assisted in the supervision of many City operational agencies, was a mayoral appointee to the Franchise Concession Review Committee (FCRC), and also served as Deputy General Counsel of the Mayor's Legislative Affairs office where he lobbied the City Council to pass the Mayor's legislative agenda.