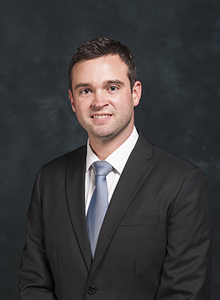 Mr. Hogan is also instrumental in developing and maintaining both new and ongoing business relationships. Additionally, Mr. Hogan oversees the team responsible for the development of CMB’s project specific marketing materials such as project overviews, flyers, brochures and marketing banners. Prior to joining CMB Regional Centers in 2011, Mr. Hogan worked as a Commercial Claims Analyst for Farmers Insurance Group. Mr. Hogan attended Illinois State University where he earned a Bachelor’s degree in History Education and Politics and Government.