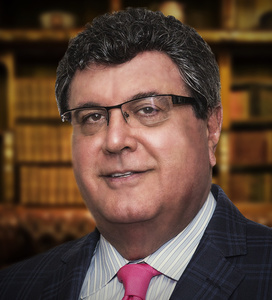 Mr. Emilio N. Francisco embodies the values of integrity and business success in all of his endeavors. As Chairman of the Board and Chief Executive Officer of PDC Capital Group, Mr. Francisco relies on these core values to direct a conglomerate of organizations with expertise in the complex areas of aerospace, finance, technology, law and real estate development. His clients and associates describe him as both an innovator and visionary with an impeccable work ethic.

Mr. Francisco’s varied skill set has enabled him to develop many master planned communities and projects in conjunction with William Phillips at PBR and PDC. These projects range from a variety of different industries, including senior housing and restaurants, but all include one familiar thread; success. From premium theme parks, such as Euro Disneyland and Universal Studios, to local Southern Californian communities like Rancho Santa Margarita and the Irvine Spectrum, Mr. Francisco has the experience required to see future enterprises from start to finish.

Hard work, combined with an ethical demeanor and straightforward approach to his company’s affairs and the affairs of his clients have earned Mr. Francisco a reputation of professionalism, excellence, and success. His esteemed history of clients includes the government of Saudi Arabia through the Department of Higher Education. Mr. Francisco has also led several class action lawsuits against major corporations on behalf of consumers and prevailed victoriously. He has also managed and developed a network of over 70 partner law firms across the U.S.

Mr. Francisco sits on the Board of Directors of Uniglobe Aerospace, Inc., an international supplier of aircraft equipment. He has also served as a president, officer, and director of numerous institutions and corporations.

Mr. Francisco received his Juris Doctor degree from Western State University College of Law in Fullerton, California, USA. Admitted to the Bar in the State of California in 1976, Mr. Francisco has extensive experience in litigation and transactional law, managing complex finance, business, and property matters. He is a member of the California and American Bar Associations as well as the Consumer Attorneys Association of Los Angeles.