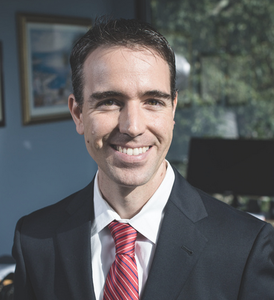 Dr. Fernandez is the President and Founder of Greengate Consulting, a company dedicated to guide and prepare small firms to establish operations in the US as well as prepare domestic developers to accept foreign capital under the EB-5 program. He has also been the founder of Foreign Investor Resource Group, a firm that helped hundreds of foreign investors make their way to the US economy and many Regional Centers to prepare their projects to accept EB-5 capital.

Ismael has over seven years of experience in business immigration alone and another eight years of experience in roles that always required analytical as well as verbal and communications skills. He has managed the forecasting activities for General Electric’s largest inventory ($1 Billion) on gas turbine spare parts, been the leader of the portfolio risk group for GE’s largest P&L and developed the technology valuation and selection methods now being used in companies such as SIEMENS.

Dr. Fernandez is a published author and has extensive knowledge in the fields of risk management, financial accounting, and strategic decision making. He holds a PhD in Aerospace Engineering with emphasis on technology valuation and risk management, and also has an MBA from Georgia Institute of Technology in Atlanta, Georgia.

Ismael, originally from Spain, is an immigrant himself. He came to the U.S. in 1996 to study aerospace engineering at Embry-Riddle Aeronautical University where as an instructor also taught commercial pilot flying lessons. After moving to Atlanta in 2000, he obtained an MBA with emphasis in Finance, and a PhD in evaluating the economic risks and opportunities of new aircraft technologies in the face of uncertainty. After working for over five years at General Electric as a portfolio risk manager and demand forecasting manager for the gas power generation division, he decided to spin off his own practice on small business consulting. Ismael has now been independent since 2010, helping hundreds of investors achieve their goals of moving to the U.S. with investment visas. He is big fan of aviation and is in charge of leading and setting the standards for the team.