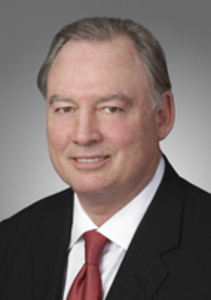 Former U.S. Congressman Tom Loeffler has extensive experience with the federal government, including Congress, the executive branch and federal agencies. He also has broad experience in all levels of state and local government. Mr. Loeffler has represented clients and their interests in business strategy development and implementation, financial services, domestic and international taxation, health care, energy and utilities, national defense, advanced technology, recreation and entertainment, telecommunications, construction, environment, transportation, and trade and other international issues.

Mr. Loeffler has a distinguished record of public service, including four terms in the U.S. House of Representatives (1979-1987) representing the 21st Congressional District of Texas. As such, he has served:

Mr. Loeffler has advised candidates in local, state and federal campaigns, and served in many capacities, from his early political years through the current presidential election, including acting as the:

Mr. Loeffler has a long-standing commitment to community service, including: