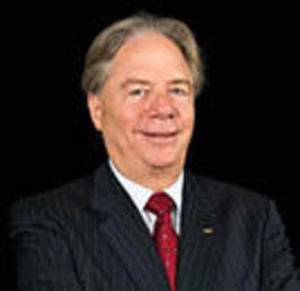 William P. Cook chairs the Global Migration Law Group (GMLG) and is resident in its offices in Washington, D.C. He is the former General Counsel of the U.S. Immigration & Naturalization Service (INS) and has more than 25 years of experience in the practice of immigration law.

Mr. Cook advises business immigration clients and high net worth individuals on their global migration needs, and assists them with all facets of their relocation requirements. He focuses on the EB-5 Investor Visa program and is an accomplished transactional lawyer as well as experienced in U.S. immigration legal matters. Mr. Cook also has an extensive Consular Visa practice and represents clients across the world on their U.S. immigration matters. He is a member of the American Immigration Lawyers Association.

Active in India, Latin America, Europe, and the Middle East, Mr. Cook represents clients from those regions in matters involving U.S. immigration and visa matters.  He is also experienced in the areas of M&A transactions and joint ventures, regulatory issues related to U.S. telecommunications, as well as on the national security aspects of doing business under U.S. law, including the Foreign Agents Registration Act (FARA), the Committee on Foreign Investment in the US (CFIUS), the Electronic Communications Privacy Act (ECPA), the Patriot Act and the Foreign Intelligence Surveillance Act (FISA). Legal 500 recognizes him for his strategic practice combining technology and telecommunications.

Mr. Cook is the past chair of the Legal Services Executive Committee of the U.S.-India Business Council, and has been involved with business matters related to India for more than a dozen years.

Prior to forming GMLG, Mr. Cook was a partner in DLA Piper LLP (US), where, in addition to heading the Firm’s immigration practice, he also lead its Communications, E-Commerce and Privacy group, advising the largest telecommunications and media companies in the U.S. on transactional and regulatory issues. Mr. Cook also represented the Firm’s communications clients in the federal courts and before regulatory bodies both in the U.S. and globally.

During his long tenure in U.S. government service, Mr. Cook served in both the Civil and Criminal Divisions, U.S. Department of Justice. He has extensive litigation experience with DOJ and in the United States Attorney's office in Baltimore, where he represented the U.S. in several high-profile money laundering and medical device seizure actions. He also served as Senior Counsel, Office of Legislative Affairs (OLA) in DOJ, where his portfolio included immigration, intelligence and telecommunications issues. His government service also includes intelligence community assignments at the National Security Agency (NSA) and in the Office of Intelligence Policy and Review (OIPR) of the U.S. Department of Justice.

A retired commander in the US Navy, Mr. Cook is a combat veteran of Operation Desert Storm, where he served on the staff of COMIDEASTFOR as the U.S. naval liaison officer to the Government of Kuwait and as naval advisor to the Kuwaiti Navy. He is also a veteran of combat contingency operations in Grenada and Lebanon and served on the Sixth Fleet Counter-Terrorism Task Force. His personal awards include the Meritorious Service Medal, the Navy Commendation Medal, the Navy Achievement Medal (X2), the Combat Action Ribbon, the Presidential Unit Citation and other service awards.

Mr. Cook also advises various nonprofits. He has been a member of the board of directors of the National Veterans Legal Services Project (NVLSP), the Atlantic Legal Foundation and the Board of Visitors of Southwestern Law School.