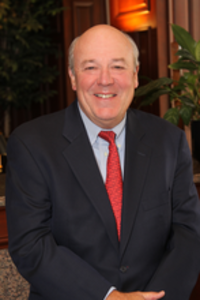 Bob Kraft is Chairman, President, and CEO of FirstPathway Partners (FPP), a firm investing money on behalf of foreign citizens seeking United States permanent green card status and/or citizenship under Homeland Security’s EB-5 Regional Center Program. Mr. Kraft has been instrumental in building and maintaining significant relationships between Wisconsin and China, including a very close connection between Milwaukee and Ningbo. Mr. Kraft has more than 40 years of international business experience at the Executive and Board levels, beginning with a 15 year stint at Moore Corporation (now RR Donnelley) in 1973. He has been participating in the EB-5 industry since 2006.

Mr. Kraft is a Board Member of IIUSA (Association to Invest in USA) and a member of the Presidential Advisory Council (the association overseeing the EB-5 program). Mr. Kraft serves as Board Member of the Metropolitan Milwaukee Association of Commerce (MMAC) World Trade Association (WTA), and co-Chair of the China Council, hosting many delegations of high-ranking Chinese officials. He also serves on the boards of RBP Chemical, FirstEdge Solutions, World Marketing, Word of Hope Ministries, and the University of Wisconsin Madison China Leadership Board.

In 1987, Mr. Kraft joined a Milwaukee international marketing agency, DCI Marketing, where he served as Executive Vice President and later President and CEO. In 1993, Mr. Kraft founded his first of nine companies. Openfirst, LLC, founded in 1996, became a leading national provider of direct marketing, database management services, and other business communications support for Fortune 1000 companies. Openfirst, LLC was sold in 2006. Since then, Mr. Kraft has focused on the establishment and growth of FirstPathway Partners and its mission to become the leading EB-5 Regional Center practitioner in the United States. Concurrent with his business start-ups, he has provided consulting services to Citicorp, Menasha Corporation, Deluxe Corporation, and Moore Corporation.

Mr. Kraft first traveled to Asia in 2004, after years of sourcing product and services from the region. In 2009 and 2011, Mr. Kraft accompanied Governor Jim Doyle on trade missions to Shanghai and Beijing and in 2013, he traveled to Shanghai with Governor Walker. He has moderated the Annual Wisconsin International Trade Conference China Session on multiple occasions (2009-2013) and has spoken publicly in all of China’s major cities.

Through FirstPathway Partners, Mr. Kraft has earned praise for his efforts driving economic growth and the job creation impact he has influenced throughout southeastern Wisconsin, under the Federal EB-5 Regional Center Program. He has been featured on television and radio internationally, as well as in newspapers of note from around the world. He has been characterized as an entrepreneur, driving growth as a result of his ability to bridge international culture, trade, and economic exchange.