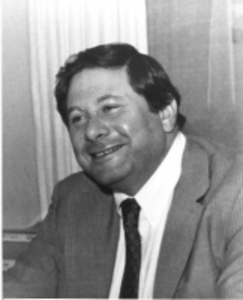 Michael K. Evans is the chairman of the economic forecasting and consulting firm, Evans, Carroll & Associates. Headquartered in Boca Raton, Fla., the firm has been providing economic reports since 1981, with a growing emphasis on EB-5 immigration analysis in recent years. Mr. Evans and his team exclusively handle EB-5 project reports for regional centers. They have provided such economic impact reports for more than 550 clients in a variety of industries all across the country, including, but not limited to, hotels, residential housing complexes, mixed-use commercial projects, senior living facilities, apartment buildings, charter schools, and mines.

Mr. Evans is skilled in utilizing the regional input/output models RIMS II and IMPLAN to determine the output/employment multipliers for the EB-5 project in question. Each report takes into account variables such as similar nearby businesses, economic conditions in the area, multi-dimensional projects, and more. A standard economic report produced by the team at Evans, Carroll & Associates can include data such as a determination of the increase in employment, output, and labor income for the 20 major industrial classifications in the RIMS II model, determination of the same variables for construction expenditures, analysis of whether the project is located in a TEA, economic statistics and analysis of all the counties in the relevant county group, commuting patterns, and more.

Along with reports for EB-5 regional center projects, Mr. Evans has provided econometric models for state and local governments, such as for the state of New York, the state of Pennsylvania, the Commonwealth of the Northern Mariana Islands, and the Washington D.C. Water and Sewer Authority, among others. His experience furthermore includes assessing the economic impact of casino gaming, determining the economic impact of smoking bans and higher taxes, working on consulting projects for travel and tourism, and other private sector economic consulting projects.

Mr. Evans is the author of a number of books in the field, including Macroeconomics for Managers (2003), Practical Business Forecasting (2002), and Economic Impact of the Demand for Ethanol (1998), along with over 30 articles in leading publications and academic journals. He previously served as the chief economist for the American Economics Group, during which time he developed an extensive state modeling economic analysis system. He has also served as an economics professor at Northwestern University, an associate professor at the Wharton School at the University of Pennsylvania, and a visiting professor at Radford University.

A winner of the Blue Chip Economic Indicator Award in 1999, Mr. Evans graduated from Brown University with his Ph. D. in economics, and his A.B. in mathematical economics.