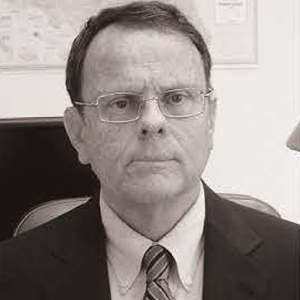 The Executive Director of the New World Regional Center is Kevin Stamper. Mr. Stamper also operates the FDIUS Regional Center in Los Angeles and the Seattle Regional Center. Mr. Stamper began the practice of immigration law in 1980 and has been the CEO and Executive Director of each of the Regional Centers since their formation. He first became involved with the EB-5 visa shortly after its creation in 1990, facilitating foreign investment in the U.S. for a number of overseas entities, including Saudi Arabian joint-venture partners with Boeing. Prior to forming and operating the Regional Centers, Mr. Stamper ran a nationwide law practice exclusively in the area of immigration investment where he represented individuals, corporations, regional centers, and project developers seeking to qualify foreign investors for immigrant status under the EB-5 provisions. He was Counsel, The Boeing Company (1974-1980); Managing Partner of Crane, Stamper, Boese, Dunhan & Drury (1980-1995); and Chairman, Pro Air, Inc., a U.S. Part 121 air carrier (1996-2001).

Mr. Stamper’s father, Malcolm Stamper, was President of Boeing when U.S. President Richard Nixon made his historic trip to Beijing to open up relations and trade with China. The senior Stamper spearheaded the sale of ten Boeing 707 jetliners to China, which was the first economic activity between the countries. Following that historic event, Kevin Stamper lectured extensively on doing business in China.

Mr. Stamper currently serves on the Boards of Delaware Corporate Services Inc., a strategic advisory firm; Orion Venture Capital, a private equity firm; and The Immigrant Investor Center, a non-profit company. Mr. Stamper received a law degree from Gonzaga University School of Law, and a Master of Laws degree (LL.M.) from the University of Washington School of Law. He is a longstanding member of the American Immigration Lawyers Association (AILA) and the Washington State Bar Association. He is admitted to practice before numerous federal courts, including the United States Supreme Court.