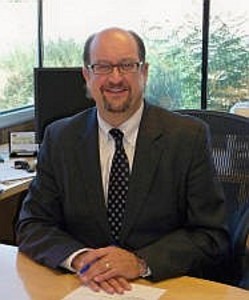 Christopher Brelje has been practicing immigration law for over 20 years. Chris was with Lewis and Roca’s Phoenix office where he headed the immigration law section. He left the partnership in September of 2000 to form a boutique law firm dedicated to the practice of employment immigration law.

Chris has litigated in both state and federal court and has argued immigration cases at the Ninth Circuit Court of Appeals. He has been listed in Best Lawyers in America since 1997 for expertise in immigration law. Chris holds Martindale-Hubbell’s “AV” rating, its highest distinction.

In 1989, Chris founded the Florence Immigration and Refugee Rights Project, a non-profit agency that provides immigration representation to indigent detainees held by INS, now DHS, in Florence, Arizona. Since that time the Florence Project has provided rights presentations, immigration law advice, representation in bond hearings as well as in immigration trials and pro bono referrals of asylees, refugees, long-time permanent residents and even U.S. citizens placed in deportation proceedings.

Chris served on the board of the Florence Project and chaired the board for several years. He was on the board of LIRS for eight years and also served as chair of its board. Chris is a licensed pilot and flies a Cessna 182.