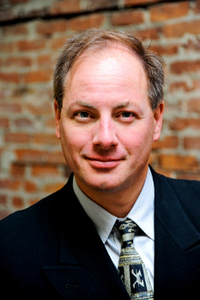 David Andersson is the founder and President of the Whatcom Opportunities Regional Center, Inc.

Mr. Andersson has been involved with the EB-5 US Immigrant Investor Program for over a decade. Currently, he is a member of the American Immigration Lawyers Association Investor (EB-5) Committee, and President of the Association to Invest In the USA (IIUSA), the industry association for active EB-5 Regional Centers in the United States.

David Andersson is also a practicing attorney in the State of Washington, specializing in US immigration law, particularly immigration through business and investment.

Mr. Andersson serves as the President of PACE – the Pacific Corridor Enterprise Council, an organization concerned with trade and cross border mobility issues. As a representative of PACE, Mr. Andersson has testified before a Canadian Parliamentary Committee on Free Trade in Services, and the U.S. Congressional Government Reform Committee’s Sub-Committee on Criminal Justice, Drug Policy, and Human Resources regarding ways to improve security, facilitate commerce and ease travel between the United States and Canada.

In 2003, immigration attorney David Andersson, spearheaded an effort to bring a US government designated Regional Center to Whatcom County as a means to stimulate economic activity in Northwest Washington.

Mr. Andersson collaborated with economic development officials, business leaders, and immigration specialists to prepare an application to the US Government.

Three years later, on October 13, 2006, the Whatcom Opportunities Regional Center, or WORC, was officially designated as a Regional Center for the EB-5 Immigrant Investor Pilot Program, by the United States Citizenship and Immigration Services division (USCIS).

The USCIS designation allows WORC to collect investments from Immigrant Investors as part of the EB-5 Program. The designation requires that any funds invested in WORC be allocated towards the development of ‘Homes for the Elderly’ in Whatcom County.