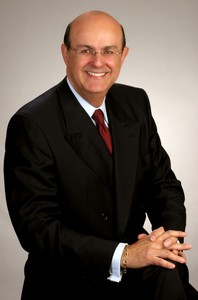 Attorney Larry J. Behar was raised in Montreal, Canada. After securing an undergraduate degree from McGill University and a civil law degree from the University of Montreal, he completed his common law education at Nova Southeastern University in Fort Lauderdale in 1979. He is “AV” rated by Martindale Hubbell.

With the support of the international community, Mr. Behar, who is trilingual in English, French, and Spanish, quickly expanded his niche immigration practice representing thirty six (36) different nationalities.

Along with his wife Claire, Mr. Behar travels extensively throughout the world bringing international issues to the table. He is on the board of numerous philanthropic and charitable organizations.

Author of “How to Immigrate to the U.S.A.”, in three (3) languages, and his recently published “EB-5 United States Immigration through Investment,” Mr. Behar has been a resident of Broward County, Florida for over 30 years and a past chair of the Economic Development Organization.

Since the inception of the EB-5 Pilot program, the Behar Law Group has worked with more than a dozen regional centers filing their applications with the U.S. Citizenship and Immigration Services and ultimately getting regional center designation approvals.

Accordingly, Behar Law Group has developed a niche expertise in this sub-sector and now represents a diverse range of regional centers that can be found across the country.