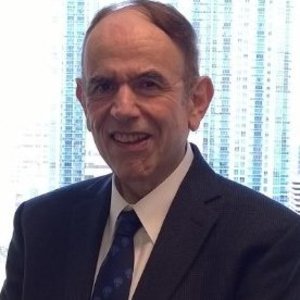 Joel Stewart practices exclusively in the area of immigration law. He specialized in Romance and Slavic Linguistics before receiving a J.D. from the University of Connecticut School of Law, and is fluent in Portuguese, Spanish, French, and Russian. He is Past President of the South Florida Chapter of the American Immigration Lawyers Association (AILA) and is a nationally recognized authority on employment-based immigration matters as well as a popular speaker at immigration seminars for national and local bar associations throughout the United States. Mr. Stewart is the editor of The Perm Book, the definitive authority on the subject of PERM processing of labor certifications, and has been writing the BALCA Case Summaries since 1987.

Mr. Stewart authors official AILA articles and publications such as theVisa Processing Guide for Procedures at U.S. Consulates and Embassies in Brazil and Portugal. He maintains a Blog on PERM issues which appears weekly on ILW.com and chairs PERM workshops and telephonic conferences for ILW throughout the year. Mr. Stewart has been listed in Florida Super Lawyers and is frequently cited internationally as a leading corporate and immigration lawyer. In addition, to founding the Immigration Committee for the Dade County Bar Association, Mr. Stewart is General Counsel of the Brazilian Consulate in Miami, and represents the Brazilian community throughout Florida, the United States and abroad.