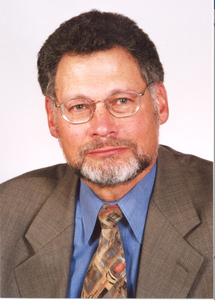 Edward J. Carroll has practiced in the EB-5, Alien Entrepreneur Investment Program area from its inception in 1991. He has been an advisor to the State of Vermont in its initial Regional Center application and subsequent amendments. He has consulted to a significant recreation and hospitality company through five phases of expansion in reliance on the EB-5 program and he continues to advise other hospitality EB-5 projects. Mr. Carroll is counsel to Regional Centers throughout the U.S. and to their related commercial enterprises engaged in sales distribution, manufacturing, medical technology, bio-mass electrical generation and real estate development. Mr. Carroll also counsels EB-5 investors in all phases of immigration processing.

Mr. Carroll has taught immigration law at the USCIS Vermont Service Center. He is a member of the American Immigration Lawyers Association Investor (EB-5) Committee and has served on the Business Immigration Committee and other substantive law committees and as Co-Chair of the Liaison Committee to the Vermont Service Center. He has been liaison to USCIS, USCBP in Vermont and liaison to Vermont’s Congressional Delegation for AILA’s New England Chapter and served as Vice-Chair of the ABA Immigration Law Committee, General Practice Section. Mr. Carroll contributed to and is an Associate Editor of Immigration Options for Investors & Entrepreneurs, Second and Third Editions. Articles authored by Mr. Carroll have appeared in publications of the American Immigration Lawyers Association, the American Bar Association, the Vermont Bar Association and in Canadian publications. He is a frequent presenter on U.S. immigration law to legal and business groups in the U.S., Canada and Asia and he has been a commentator for radio and television in the U.S. and Canada on U.S. immigration issues. Prior to beginning his U.S. immigration law practice thiry-two years ago, Mr. Carroll practiced commercial, real estate and banking law. He is listed in Best Lawyers in America.