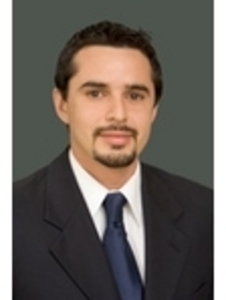 Mr. Lemacks represents medium and large multinational companies in a variety of industries. He provides strategic counsel on all matters involving U.S. Immigration and Nationality law, as well as policy and compliance. Prior to joining Tafapolsky & Smith, Mr. Lemacks was an Attorney with Fragomen, Del Rey, Bernsen & Loewy where he represented numerous mid-sized and large multinational companies in industries such as Biotechnology, Engineering, Oil and Gas, Pharmaceutical and IT. He developed employer-specific immigration programs and guided clients through the immigration aspects of mergers and acquisitions as well as I-9 compliance. Mr. Lemacks successfully designated several Regional Centers under the EB-5 pilot program and represented numerous individual investors in the EB-5 process. Over the last 10 years, Mr. Lemacks has represented individuals before the AAO, EOIR, BIA, BALCA, and the U.S. Court of Appeals for the Ninth Circuit. Mr. Lemacks has extensive experience working with all major employment-based nonimmigrant and immigrant visa categories as well as with family-based, U.S. citizenship matters and removal and deportation hearings.

Mr. Lemacks earned his JD from Southwestern University School of Law where he received the CALI Award in Immigration Law in 2000. He also holds a Bachelor of Arts degree in Political Science from California State University at Chico. He is a member of the State Bar of California, certified as a Specialist in Immigration and Nationality Law, and admitted to practice before the U.S. District Court, Central California as well as the U.S. Court of Appeals for the Ninth Circuit. Mr. Lemacks is the past Chair of the Orange County Bar Association, Immigration Law Section, and a Member of the American Immigration Lawyers Association. He is fluent in Spanish.