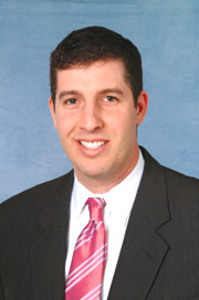 Avi Friedman, a senior attorney with Wolfsdorf Immigration Law Group, was named the 2014 Los Angeles Immigration Law "Lawyer of the Year" by U.S. News-Best Lawyers®. Mr. Friedman served three consecutive terms on the AILA Department of State Liaison Committee (2007-2010). He is currently serving his tenth term as the Consular Affairs Liaison for the Southern California Chapter of AILA. He has authored numerous articles for AILA including: several chapters for the "Visa Processing Guide"; Third-Country National (TCN) and Consular Processing of Non-immigrant Visa Applications in Mexico and Canada: Practice Advisory; Nonimmigrant Waivers of Inadmissibility under INA §212(d)(3); "DOs" and "DON'Ts" for Attorneys Representing Visa Applicants (and for Consular Officers, too!); Nonimmigrant Visa Processing In Canada or Mexico Remains The Best Option for Third Country Nationals; NIV Consular Processing - Truth and Consequences. He is also a frequent speaker on consular/visa issues and waivers at AILA and NAFSA conferences.

Mr. Friedman is listed in Who's Who of Corporate Immigration Lawyers as an "outstanding" lawyer, an "expert on consular issues" and a "highly rated inclusion" to the Wolfsdorf firm. In the 2010 California Edition of the Who's Who of Corporate Immigration Lawyers, Mr. Friedman was described as "an active speaker within AILA and has cultivated 'a superb reputation' among peers and clients." Mr. Friedman is also listed in The Southern California Super Lawyers.