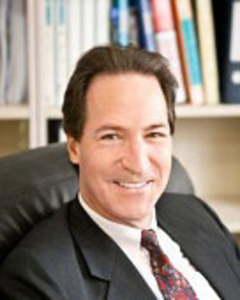 Robert Lubin was born and grew up in Montreal, speaking English and French.  He earned his Bachelor of Commerce Degree (Finance) with Distinction at McGill University in 1979. He attended law school at the University of Miami in Florida, where he earned his J.D. (1982) and LL.M., Masters of Law in Taxation (1983). His primary practice areas have included professional and business immigration, but now he is primarily focused on EB-5 cases.

Robert Lubin has been innovative in both the practice of immigration law and in setting new billing trends. Robert sensed frustration with hourly billing and changed to fixed billing methods based on successful outcomes making the lawyer-client relationship much more pleasant and without an "adversarial billing" climate. He was among the first to apply for and obtain approvals in the categories of National Interest Waiver and Extraordinary Ability in 1992.  He was also among the first lawyers to obtain approvals in the Immigrant Investor program in the early 1990s.

Robert Lubin is a member of the American Immigration Lawyers Association (AILA), has served on the liaison committee of the Physician Immigration Task Force, and is admitted to practice law in Arizona (1983), the District of Columbia (1988), and Virginia (1994). He has appeared as a guest speaker at law seminars in the United States and throughout the world, including Canada, China, Taiwan, Korea, Thailand, India, the Philippines and Russia.