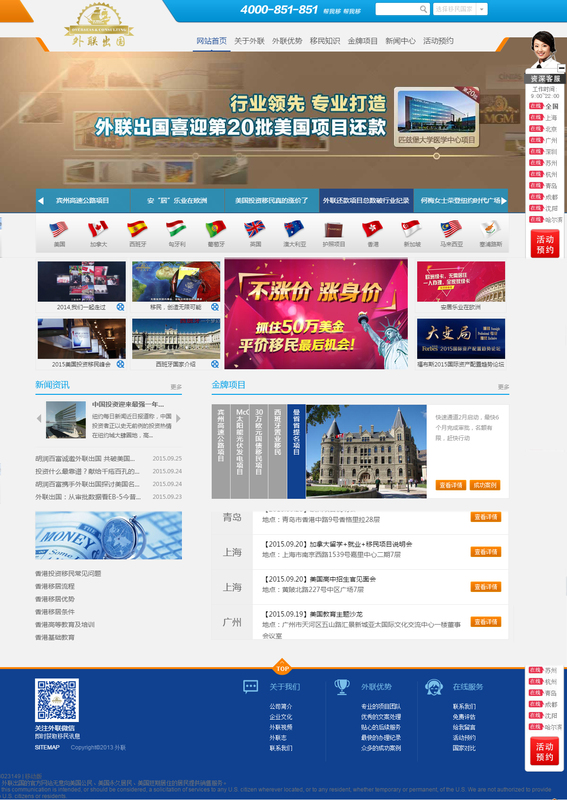 Outreach has a research project team, a professional high and famous. It has so far participated in the billions of dollars in investment, including Time Warner, Cleveland government buildings, renovation projects naval base, New York Bridge, Johns Hopkins Marriott, including a more than 60 US investment immigration program, not a failure, as the United States has created hundreds of thousands of jobs, and promote local economic development, it is to have a successful immigration agency 20 batches repayment program in the industry.

Outreach to create and maintain a number of rapid immigration record: American customers the fastest three days by immigration approval, Canadian customers the fastest six months landed in Vancouver, European customers the fastest five days no country can be granted residence visas investment. Since 2011, the Outreach 5 consecutive years hosted the Invest in America Summit, invited the immigration officials, lawyers, diplomatic representatives, as well as domestic investors and economists counterparts authority to build a communication platform to improve the industry professional standards. Chairman of Miss He Mei is the only American invited to participate in China Expert "EB-5 Handbook" prepared and delivered an important speech at the International Forum on Migration and flow of talent, Harvard Forum and other international platforms.